Yosi Shacham published 185 journal papers, >300 conference papers in registered proceedings, 4 chapters in books, edited two conference proceedings books, edited two books, and is the member of the advisory committee of the advanced metallization conference (AMC), the Materials for Microelectronic (MAM) conference and electrochemical micro and nano technologies (EMNT). He is also Member of the editorial board of the Journal of Micro Electronics Engineering and Editor of special issues in the Journal of Micro Electronics Engineering and Electrochimica Acta.

His research activity is in the field of micro and nano fabrication and metallization science and technology. For more than 20 years he investigates electroless plating micro and nano fabrication for various applications such as for microelectronics, micromachining, and biochips. For the last 10 years he has a significant research program on whole cell biochips and solid-state biosensors.

Between 1999 to 2001 he was the academic director of the Micro-technologies labs at Tel-Aviv University and in 2001-2004 the director of the Tel-Aviv University research institute for nano science and nano-technologies. He was the chairman of the department of electrical engineering – physical electronics and is cuurently the vice dean of engineering. He is also a member of the board of directors of Ramot-at Tel Aviv University Ltd and was a member of the university board of governors. He is a member of MAGNET committee, supporting generic technologies in the industry and the academia , at the ministry of trade, industry and employment. 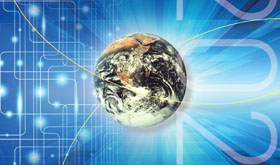